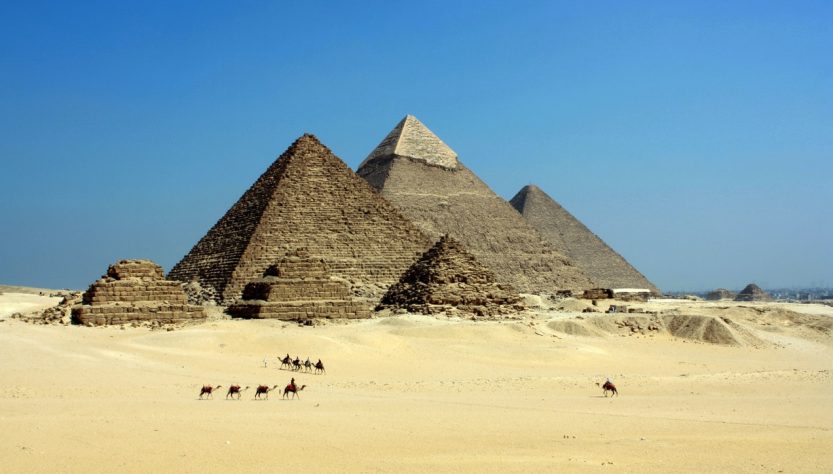 Pyramid construction is a continuously debated subject. There are no current records of construction plans or discussions of building procedures, so nobody knows precisely what happened. Archaeologists and engineers have loads of ideas. Some seem far-fetched, and others sound more reasonable.

Granite probably came from upriver in Aswan. Alabaster came from Luxor and basalt in the Fayoum depression.

Iron tools weren’t available, so employees used copper and stone-cutting tools to split out the stones in the quarries. Then they used levers to move the rock blocks from the quarry site.

Pyramid building ceased in Egypt long ago. When the Spanish conquered the Aztecs and Mayans, the Central American pyramids were left in the jungles before archaeologists discovered and analyzed them.

Archaeological research proceeds on these structures now to solve the many mysteries of how they were constructed.